Secrets beget secrets. The curse that befell the Hollows clan has left them incapable of producing male offspring. To extend their bloodline, they have formed a covenant with the serpentine Ophidians, who give them children. In return, the Hollows must keep these monstrous creatures well fed, though the details of the procurement are so abominable that the truth is never revealed to the other clans. In their homeland of Matikki, they live like outcasts.

Through a series of chance discoveries, the secrets of the ancient curse unfold before a warrior named Writhren Hollow. Is her purely female clan the result of a lapse of divine providence, or are the Hollows themselves victims of an enslavement scheme?

If Writhren frees her clan from the covenant, she risks the wrath of the Ophidians and the future of her bloodline. If she keeps the truth of the curse to herself, she is a traitor to her own kind. Either way, she will suffer for what she must do.

This is not a story of redemption, but regret. This is Writhren’s story.

Pre-order it from: Amazon.ca | Amazon.com | B&N

This book has a strong influence on Children of Lightning and the book series that follows. Its themes of duty and sacrifice resonate with me.  In Sabriel, the question, ‘Does the walker choose the path, or the path the walker?’ comes up several times. The way that fate intertwines and interferes with our decisions that in turn shapes who we are is also explored in my book.

This book is so rich with detail and creativity it is impossible to summarize it in a few sentences. It has creatures and landscapes I have never seen before. Many of the hybrid characters are new: a woman with an insect head, unable to talk, “re-formed” criminals called Remades which are horrific half man, half machine slaves. The monsters in this book are mind-blowing.

This is a light-hearted YA version of Perdido Street Station, promising another fantastic adventure. In the story, every city has a mirror-city, and I love the names of those mirror places: Un Lun Dun (un-London), Parisn’t, Lost Angeles, and Sans Francisco.

Fiona Staples’s gorgeous artwork in this series is the main reason I read this comic. Again, the pages are packed with crazy fantastical creations: a humanoid race called the bluebloods has a computer monitor (or tv screen) as a head, their thoughts often showing on the screen; an assassin who is an armless woman with spider legs and abdomen; a tree that doubles as a rocket.

In Children of Lightning there is a training camp called Pikwik, which will be featured more prominently in future books in the series. It will be difficult not to cite Rowling as an influence in any magic training-school adventures.

6. Nifft The Lean, by Michael Shea

Like Sabriel, a significant part of Nifft the Lean features the protagonist’s journey into the Underworld. I like the mystery and the anticipated fear associated with death, and how that gives the author an opportunity to invent all kinds of horrific monsters. Although death is not a prominent theme in Children of Lightning, it lends an undertone of darkness throughout the story.

7. The World According to Garp, by John Irving

This was one of the first books that I fell in love with. Garp’s adventures are rich and unpredictable, and the book is full of strong female characters. These elements are featured regularly in my stories.

This was another early book that I read and loved. It’s a story of friendship between three women, from when they were kids to when they were middle-aged, and how past experiences shape and define us. I hope to explore the complex relationship between women in Children of Lightning and the book series that follows it.

9. Through the Looking Glass, by Lewis Carroll

I like how rhymes and poetry are incorporated in the characters’ dialogues, not as incantations or spells, but simply as manners of speech. These rhyming verses add to the surrealism of the story, which I love.

10. At the Mountain of Madness, by H.P. Lovecraft

Like the scientists exploring the city ruins of an ancient alien civilization in At the Mountain of Madness, Children of Lightning deals with the fear of the unknown. In my story, the protagonist belongs to a race of outcasts, and she struggles to gain acceptance from her peers.

[Check out the rest of the Children of Lightning book tour for more guests posts, reviews, and excerpts!]

Annie K. Wong was born in Hong Kong and lives in Canada, in the west coast city of Vancouver, BC. She has a BA in Business Administration and Creative Writing from Houghton College as well as a Diploma in Film Studies from the University of British Columbia. Although she explored careers in advertising, television and office administration, the desire to write overtook her at the turn of the new millennium. In 2003 she earned a Post-Graduate Certificate in Creative Writing from Humber College and has been crafting stories ever since.

Her current project is a fantasy series, the prequel of which is Children of Lightning.

Children of Lightning is the origin story of Writhen Hollow, the villain in an upcoming book series.  In celebration of great villains in the sci-fi/fantasy genre, Annie K. Wong is offering for the tour giveaway gift, The Hyperion Cantos (ebook or print – winner’s choice), as well as two Amazon.ca giftcards (1 for $50, and 1 for $100). Simply click the link below to enter:

One thought on “Book Tour + GIVEAWAY – Children of Lightning” 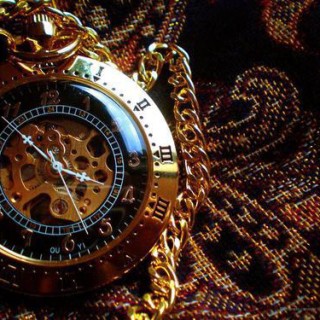